Zimfira established her musical credentials in Kazakhstan, serving as founder and principal of the nation’s first choir school. Upon her arrival in Canada, Zimfira found a home with Toronto Children’s Chorus, St. Michael’s Choir School, and eventually as Artistic Director of Hamilton Children’s Choir and Young Voices Toronto.

Zimfira teaches in the Faculty of Music at the University of Toronto. As of 2017, her curated Canadian choral collection can be found with Cypress Choral Music: The Zimfira Collection.

A finalist in the Sir Ernest MacMillan Foundation Award in Choral Conducting (2012) and Leslie Bell Prize for Choral Conducting (2015), Melanie is an emerging leader in Canada’s choral scene. Melanie holds a Bachelor of Music in Voice from Dalhousie University and a Master of Music in Choral Conducting from the University of Alberta. She has been thrilled to adjudicate choral festivals across South-Western Ontario, and proudly serves on the executive board of Choirs Ontario.  Past conducting engagements include: Toronto Children’s Chorus, High Park Choirs of Toronto (now Young Voices Toronto), Chorus Niagara Children’s Choir, Sherwood Park Festival Singers (Alberta), and King’s University College Concert Choir (Alberta).

Kate Boose is an experienced music educator who holds a Master of Music Degree in Music Education and Choral Conducting from Westminster Choir College in Princeton, New Jersey. For the last nine years, she has been a Music Specialist at Hillfield Strathallan College and plays a pivotal role in the development of their choral and vocal music program. Before settling back in southern Ontario, Kate was the Director of Choral Music at Abington Friends (a Private Quaker School) just outside Philadelphia. She obtained an Honours Bachelor of Music degree from Wilfrid Laurier University, a Bachelor of Education degree from The University of Western Ontario, and subsequently became a member of the Ontario College of Teachers. Kate has earned many additional qualifications including an Associate of the Royal Conservatory (ARCT) diploma in Piano Performance, Kodaly Level 2 certification, and also an Intermediate level certificate in classical ballet from the Royal Academy of Dancing.

Over her career, Kate has performed with many notable vocalists and world-renowned orchestras including The New York Philharmonic, The Royal Concertgebouw Orchestra, and the Philadelphia Orchestra. Also, she has been privileged to perform with phenomenal conductors such as Riccardo Muti and inspiring choral conductors such as Moses Hogan and Joseph Flummerfelt. She feels extremely lucky to have had the opportunity to sing as a member of the Westminster Symphonic Choir and will forever treasure those musical experiences. In addition to performing in many traditional and a cappella choirs, Kate has taught private piano and voice lessons, conducted singers of all ages, and has also been the Musical Director for over twenty musical theatre productions.

Previously, Kate sat on the Board of Directors for the Hamilton Children’s Choir and has been part of the Artistic staff team since 2017 as conductor of Esplori. Kate and her growing family reside in Dundas where they try to fully enjoy the musical happenings in the Hamilton area.

Leslie received her Bachelor of Music (Sacred Music) in 1999 from the Moody Bible Institute in Chicago, Illinois. During her five years there, Leslie was the co-founder and director of the Moody Memorial Children’s Chorus. Since returning to Canada, Leslie has been teaching private voice and piano and choral conducting in a variety of settings. After a five year break from HCC, Leslie returned in 2015 to take on their Early Childhood Music Education program, known as Kolibro.

Leslie’s most recent adventure is a decision to return to the classroom, pursuing her Master of Music Education at the University of Western Ontario. Leslie is married to James, a recording engineer. They reside in Caledonia with their five children.

Brent Fifield has enjoyed a very successful career as a multi-faceted musician. A native of St. John’s NL, he earned his B.Mus (Organ) and B.Ed from Western University and subsequently earned an MMus in Organ Performance from the University of Toronto. He is highly regarded for his musical sensitivity, both as an Accompanist, Conductor, Baritone, and teacher. As an organist, he has performed in recitals across Canada and the UK, a number of which have been broadcast on national radio. As a Baritone, he sang with the Grammy and JUNO award-winning Elora Festival Singers, and Exultate Chamber Singers of Toronto, two-time winners of the CBC National Choir competition. From 2001-2010 Brent held the position of Organist and Director of Music at Christ’s Church Cathedral in Hamilton. Since 2010 Brent has been Organist and Director of Music at Trinity Anglican Church in Cambridge (Galt). Brent is the founder and Conductor of Ensemble Lyrica, a Hamilton-based chamber choir whose profits are donated to local charities. Previously, he has conducted the Brock University Chorus, the Redeemer University Concert Choir, and the Pro Musica Choir of Burlington.

Brent has had a varied teaching career: he has taught choral conducting at Western University, music analysis at McMaster University, and from 2009-2014 he was an adjunct lecturer in music at Redeemer University. Currently, Brent is teaching music in the Montessori, Junior, and Middle Schools at Hillfield Strathallan College in Hamilton. In addition, he is the Collaborative Accompanist to the Hamilton Children’s Choir Komenci and Esprimas Choirs, and is the conductor of the Hamilton Children’s Choir Profunda ensemble. Brent, his wife Stephanie, and their daughters Audrey and Elizabeth, make their home on the west mountain in Hamilton.

Laura Pin has worked extensively as a collaborative pianist, playing with many talented soloists and choirs including Maureen Forrester, Amabile Youth Singers, Vox Nouveau, and The Faculty of Music Singers (Western).  She completed music studies at the Banff School of Fine Arts and Western University where she studied with Arthur Rowe and was awarded the Alumni Gold Medal.   She also holds an Associate of Music in piano performance from the Western Ontario Conservatory of Music.

Based in Hamilton, Laura divides her time between playing for The Harlequin Singers, The Ambassadors Christian Male Choir and HCC’s Illumini and Esplori choirs as well as working as a studio accompanist at both McMaster University and Redeemer College. She also provides music as cantor and keyboardist for several churches in the Hamilton Diocese and as an occasional orchestral player with Kitchener Waterloo Symphony and Hamilton Philharmonic Orchestra.

Described as “an incredibly musical percussionist” and as having an “impeccable sense of time and feel”, Jamie Drake is a Toronto-based percussionist, drummer and composer. He received his MMus from the San Francisco Conservatory of Music and is completing his Doctor of Musical Arts degree at the University of Toronto with Dr. Russell Hartenberger and Dr. Aiyun Huang. His solo and chamber performances have included premieres by Christos Hatzis, Nicole Lizée and John Luther Adams. As a member of TorQ Percussion Quartet, he has performed numerous concerts, workshops and educational shows across Canada, the United States and Europe. A busy freelance percussionist, he has performed with Evelyn Glennie, NEXUS, Soundstreams, Amici, Niagara Symphony, Aradia Ensemble, and many others. He recently he served as interim percussion instructor at Acadia University, and as a composer, percussion consultant, and performer for the second season of the CBC television show “Canada’s Smartest Person”. He released his first solo percussion album, “Night”, in July 2014.

Equally at home playing drumset, Jamie is fluent in a huge variety of styles, and is a frequent collaborator with cabaret artist Sharron Matthews and is the percussionist/drummer and assistant arranger for The Musical Stage Company’s “UnCovered” Concert series. An active theatre musician, Jamie recently played drums/percussion for acclaimed productions of “Fun Home” (Mirvish/Musical Stage Company) and Life After (Canadian Stage/Musical Stage Company), and has recorded theatre music for the Shaw Festival and composer Andrew Lippa.

Jamie’s compositions and arrangements have been commissioned and performed by TorQ Percussion Quartet, Mississauga Symphony Orchestra, Hamilton Children’s Choir, Hillfield Strathallan College, and OnnanoKo Taiko, amongst others. Upcoming projects include a work for solo vibraphone and a composition for SSAA choir and percussion.

Caitlyn Breukelman is a soprano and conductor, holding degrees from McMaster University (B.Mus, Vocal Performance) and the University of Alberta (M.Mus, Choral Conducting). While in Edmonton, she was the assistant conductor to the University of Alberta’s Concert Choir in 2018 through to 2020, and was awarded the John and Logie Drew Graduate Scholarship in Choral Conducting in 2018, in recognition of her academic success and potential as a conductor. In addition, she has attended the Chorus America Conducting Academy and the Halifax Choral Conducting Institute to further her development as a conductor. Previously, Caitlyn has worked with the Hamilton Children’s Choir as an apprentice conductor and rehearsal assistant, and has also worked as a conductor for some of the best children’s choirs in Edmonton, including the Edmonton Youth and Children’s Choirs and the Cantilon Choirs. She has also worked with Cantilon’s two adult ensembles: Vox Hominis and Belle Canto. 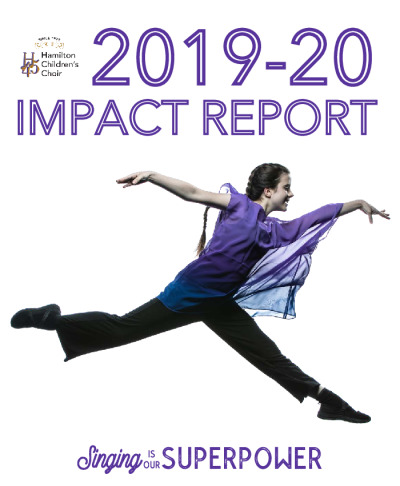 Sign up to receive updates of events and courses and our monthly newsletter.